Lawrence collected umbrellas. He was nine years old. His teachers didn’t know what to do with him. He did not act out in class. He did not hit or yell out or wander around the classroom. No, he sat quietly at his desk watching the sparrows in the trees.

When the children left for the day, Ms. Asp opened Lawrence’s desk. Inside the desk she found her own yellow umbrella and another white polka-dotted red umbrella. She thought she remembered Judy Cohen opening the umbrella during the rainy field trip to the Natural History Museum last month.

Almost all the children in her class had permission for that field trip. Even Lawrence.  He did not bring in his signed permission slip until the morning of the trip. He handed it to her silently. It was crumpled up but when she spread it out the signature looked authentically adult.

She’d drawn up a seating chart for the bus trip, separating the troublemakers and placing them in the front of the bus where she could keep an eye on them.  She’d paired Lawrence up with Ta’nae, a shy child from Somewhere in Africa, who wore a miniature hijab. She thought she could rely upon Lawrence not to taunt the girl.

The trip was a huge success. The dinosaurs never disappointed. The sun came out. Umbrellas were collapsed, dripping, stashed under the well-worn seats of the yellow bus for the ride back to school.

A few days later Ta’nae came up to Ms. Asp at the end of the day. Her English was perfect, if formal. She said, “ Teacher, that Lawrence is a thief!”

Ms. Asp bent to the child’s level as best she could.  “ Did he take something of yours Ta’nae?” she said.

The little girl shook her head no, “ Umbrellas,” she said.

The teachers forgot about their lost umbrellas.

She was not surprised to open the desk today to find her own yellow umbrella. She took it out of the desk and put it into her tote bag. She removed Judy Cohen’s red polka-dotted umbrella, grasped the handle and slid the latch until the elegant parapluie opened tulip-shaped in the empty classroom.

The rain it raineth….

“The rain it raineth on the just
And also on the unjust fella;
But chiefly on the just, because
The unjust hath the just’s umbrella.”

This little verse was written by a British judge in the 19th century, who was actually regarded as a very fine public servant and all-around witty guy who once stuck his foot in his mouth in front of Queen Victoria (which is something I definitely would have done had I ever had the audience of a monarch). The reason I know it is that about 10 years ago I did a water color of umbrellas and then scrawled these words across the painting.

The reason I did that was because I wanted the theme of our guest room to be umbrellas. Looking at plenty of model homes before our final decision, I happened across a room set up as a child’s room with a vibrant comforter and pillows: bright white splashed with colorful umbrellas of different sizes and patterns. So I went over to the bed, checked out the tag (the stuff was from Garnet Hill), and then went on line and ordered a comforter cover and pillowcase set for our future guest room.

When we finally got our home, I painted the walls of the third bedroom a color called “Stormy”, made up the new bed, and scrawled some quotes on the walls. “Come over the hills and far with me, and be my love in the rain,” suggests Robert Frost. “The rain plays a little sleep-song on our roof at night,” observes Langston Hughes. But this quote was my favorite, so I made a little painting for its backdrop where it hangs to this day.

I like it. Because it’s funny, because it’s quirky, and because it has a tragic truth to it. While we all adhere to such happy horseshit like, “Life isn’t about avoiding the storm, it’s about learning to dance in the rain,” I rather enjoy the ornery observation that you’re more likely to get wet if you’re a nice person because people are crappy and steal your umbrella. But hanging adjacent to that framed gem is another.

My husband and I only had been married a year and a half before this, and every year we buy a piece of art to celebrate our anniversary. This particular year we were strapped for cash, with a new house, new job, and graduate school for me. So we just bought a small watercolor at Pike Place Market by a local artist that depicts a man and a woman walking against the rain with a rainbow umbrella protecting them. And that painting is better than the Bowen quote. Because THAT frame will always remind me I have someone to share an umbrella with in the storm.

Pluviophile (Look it up)

I am a native of the Pacific Northwest (PNW; in the U.S., this means Oregon,Washington, and Idaho), born in Portland, Oregon. People born here grow up breathing rain; it’s how we get our oxygen. Rain is as necessary and essential to life as air and sunshine, and we (Pacific Northwesterners) interact with it the same way – by going outside and walking in and through and with rain as we do with sunshine and air. I’m convinced non-native PNWers can never understand how native PNWers truly embrace rain. When other people express a distaste for rain, I always want to laugh and ask if they think they’re related to the Wicked Witch of the West.Native Oregonians may wear hats in the rain but we never carry umbrellas because umbrellas are for sissies.

Umbrella. Protection. Class. The tall, thin woman in black on the Paris boulevard carries an umbrella as part of her ensemble. Parapluie, we learned from Mlle Dreyer as sophomores in high school. And God knows that woman may need it before she gets home. Out of the blue, one day in the Marais, the heavens opened and I mean really, the rain dropped as though hurled from heavy buckets somewhere in the ozone. Umbrella-less, we ran to a café, wrapped our cold hands around cappuccinos, watched rain fall in sheets off the outside awnings. The staccato of drench danced off the paving stones, puddling and pooling and finally flooding the streets, a river running downhill, sending people scurrying for cover into small doorways. Impressionist paintings of Paris before our very eyes.

In Seattle, proud of our Gortex culture, we eschew umbrellas. Just wrap up and go or you’d never leave home some parts of the year. California émigrés have the toughest time with Pacific Northwest winters—all that staring out of windows waiting for clear skies so they can go enjoy the evergreen.

Then there’s sub-Saharan Africa where they would kill to need an umbrella. Month after month, and now, horrible to relate, year after year, not enough rain to do more than sprinkle the dust around. Planting seasons go begging because the last one yielded neither grain nor seed for the next crop. Wizened faces, swollen bellies, a crisis of hunger with no end in sight—and not nearly enough charity in the world’s weary hearts to make a dent in it. 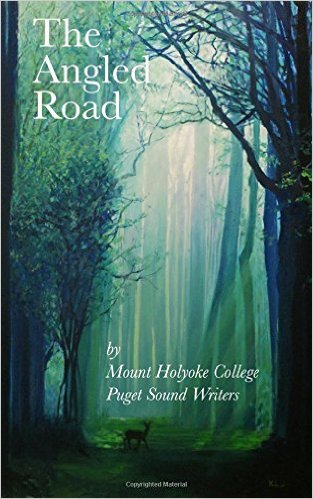